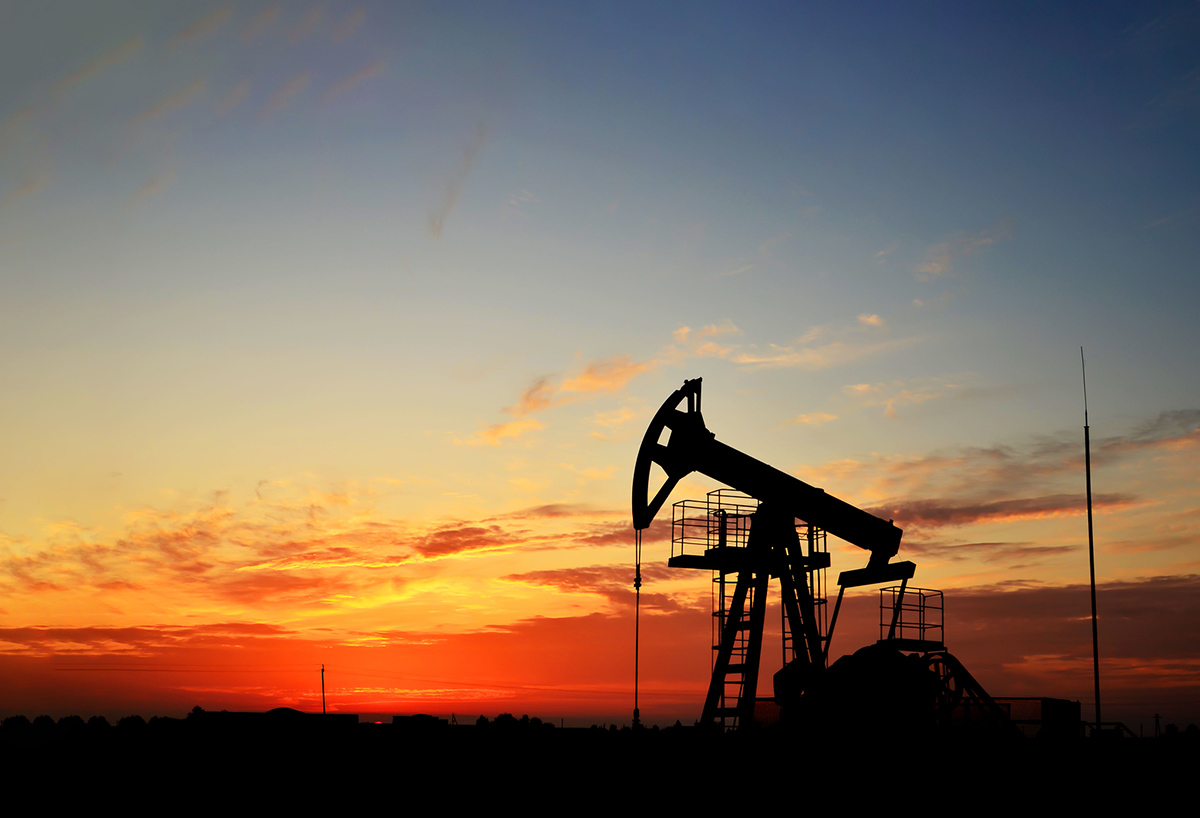 René Descartes coined the term “Imaginary Numbers” to describe, in a derogatory way, those numbers that, despite having a theoretical support, did not correspond to magnitudes in the real world. Little did he know that these numbers would become so important for applications ranging from quantum physics to computers. It remains to be seen if something similar will happen in economics, given that negative interest rates – initially conceived as a theoretical possibility – are already widespread; and where even more surprisingly, yesterday we saw how the barrel of WTI crude oil was trading at the astonishing price of -$37.63!

Although having to pay to deposit money in the bank, or to sell a product, is counterintuitive, both cases are nothing more than an extreme demonstration of how an open market works; and they have an economic logic behind it. With interest rates, the cause is excess savings, combined with low trend growth and deflationary forces. In the case of oil, someone is forced to pay a third party to dispose of their merchandise. Why does the latter occur? It is a rather complex matter, which includes both fundamental and technical aspects.

First, demand for oil in the short term has plummeted as a result of the unprecedented economic slowdown caused by the coronavirus. This was not helped by the lack of agreement among OPEC+ members, causing prices to collapse to about $20. While the US rushed to mediate a deal to cut production, it came too late, and the “every man for himself” mentality had already flooded the world with oil.

This has caused that in the US market (referenced by the WTI) there is today more oil in circulation (already pumped) than the sum of the demand and the storage capacity together, so that nobody wants the excess oil. The rest of the oil consumed in the world is benchmarked to the Brent barrel, which, unlike American crude, is produced mostly near the shore, and is easier to transport and store on ships.

Therefore, a point has been reached where some US producers must pay to dispose of their stock, since otherwise they would be forced to stop production; which can turn out to be much more expensive. This explains the negative premium that the expiring future contract commanded, while longer-term futures, as well as Brent crude, were trading in the $20 range. 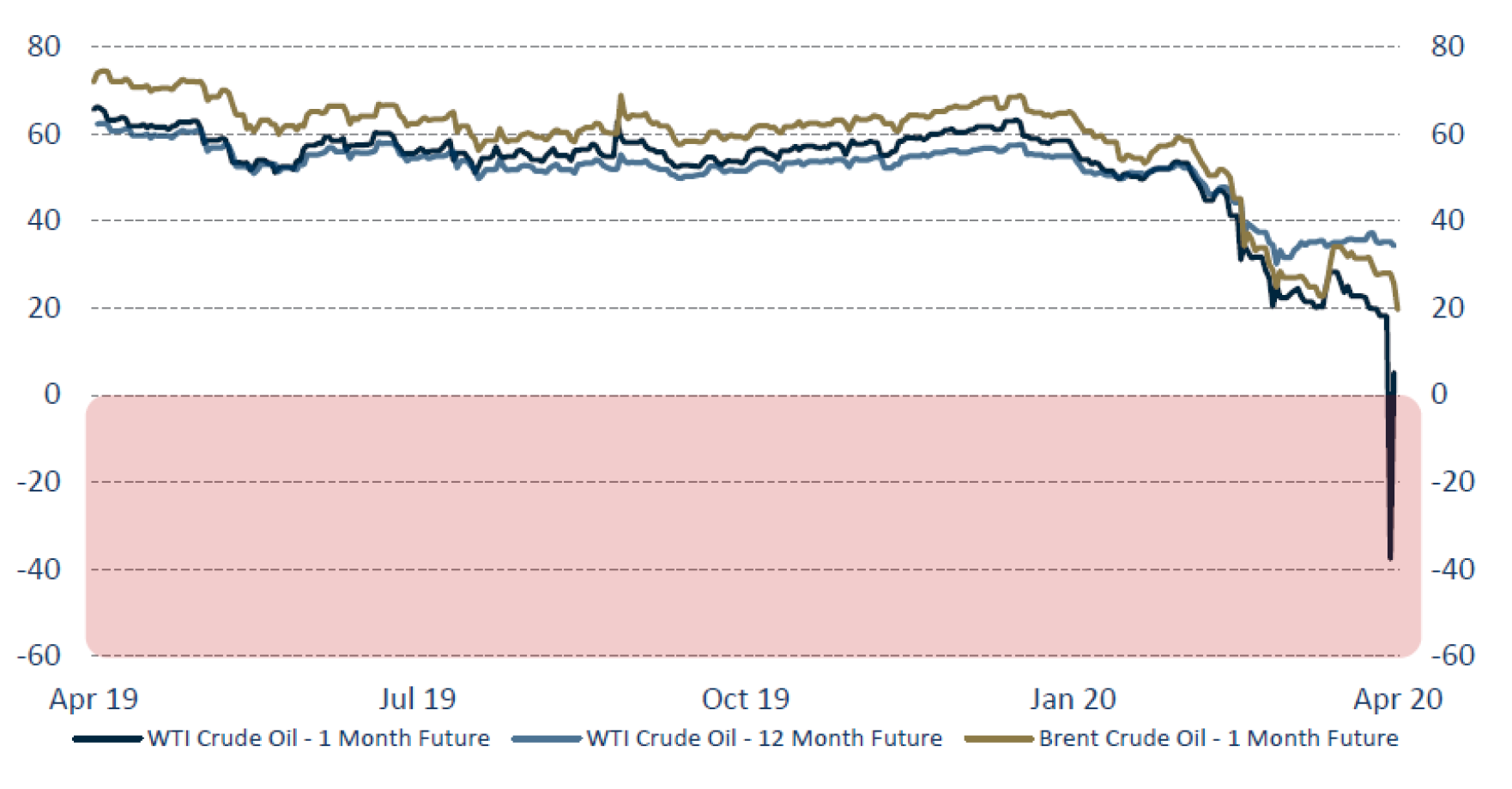 But in addition to the forces of supply and demand, there has been a financial aspect that has contributed to causing this unprecedented collapse. There are two types of players in the commodity markets: (1) “real” companies that produce/consume the commodity, and who want to secure a sale/purchase price, and (2) investors who want to profit from price movements in the commodity. There is a fundamental difference between them, however, since the latter neither produce the physical product nor are interested in buying it. Hence, they need to ensure that they liquidate their positions before the contract expiration date.

Since futures are sophisticated trading instruments, regular investors often turn to ETFs or ETNs to gain exposure to commodities. To do this, the sponsors of these instruments have to acquire the underlying futures contracts and roll them before their maturity. The dates on which this occurs are well known to market players, who often try to take advantage of it.

It seems that the most popular ETF on the WTI had large inflows days before maturity, leaving it as the holder of more than 30% of the existing purchase contracts, so it was forced to accept negative prices to avoid an unwanted oil delivery.

Although future exchanges have a mechanism to guarantee that contract settlement is carried out in a fluid and transparent manner, the combination of a completely atypical imbalance between supply and demand, with an increase in the participation of financial investors, has created a market situation without precedents.

But no matter how tempting it is to try to take advantage of what seems like a real bargain; buying oil related instruments is a very risky business right now. We must not forget that this necessarily implies exposing oneself to future contracts and, if the market continues drowning in excess supply, when the next contract expires we can see a repetition of the chaotic fluctuations in price experienced yesterday.

As for the impact that the tumbling oil prices may have on the global economy, as a whole, a low price is a positive. It is important to remember that OPEC is the only officially tolerated cartel in the world, and that cartels optimize the benefit of its members at the expense of the rest. Ultimately, oil prices generate a redistribution of income between producing and importing countries, which acts as a tax on consumers for the latter.

However, extreme volatility is detrimental as it affects the long-term prospects of a key industry, with subsequent geopolitical ramifications. Furthermore, falling prices can cause bankruptcies in the energy sector, adding to the current stress in the credit markets. The best case scenario would be if the price of oil stabilized at around $30, high enough to keep the major producers alive, but low enough to stimulate the global economy. Approximately, if oil fell from the $60 a barrel it was trading at when the pandemic started, to $30, it would be equivalent to a saving of 1% of GDP for importing countries.